An event every week that begins at 12:00 pm on Wednesday, Thursday, Friday and Saturday, repeating until August 13, 2022 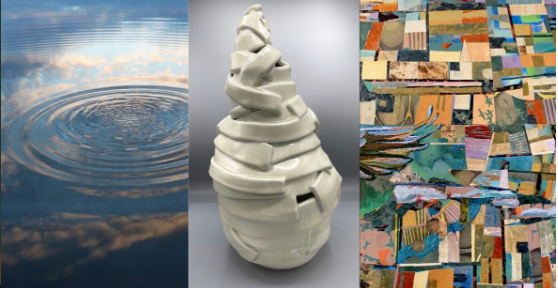 6 Bridges Gallery is pleased to announce the opening of our sixth annual juried show, “Boundaries.”

We invited artists to submit original 2D and 3D artworks that explore the theme of “Boundaries.” The entries were juried by a panel of four 6 Bridges Gallery artists members of varied mediums. With limited gallery space and an abundance of thoughtful and skilled submissions, the jury ultimately decided upon works from 37 artists for this exhibit. Two awards will be offered:  The 6 Bridges Gallery Award, which will be announced during the reception, and the People’s Choice Award, which will be announced at the conclusion of the exhibit.

We congratulate the following artists for their works accepted into the exhibit: