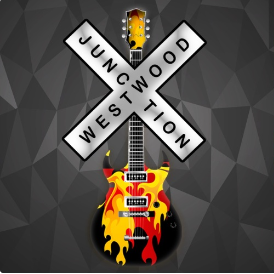 THIS SHOW HAS BEEN SOLD OUT!

Westwood Junction is a classic rock band based out of Westwood MA, where all the magic began! The band consists of 6 members who, collectively, have played a wide range of venues including pubs, weddings, bars, and many outdoor celebrations. Covering some of the best classic rock songs from the 60’s through the 2000’s with their well-crafted 3-part harmonies, you’ll be sure to have a blast whether you’ve come to dance, or just enjoying some great music with friends!

The band consists of Scott Lee on lead vocals and acoustic guitar (recording artist and composer for the CHM band), Robert Sievert on bass and vocals (also a member of the CHM band and JJ Swede), Mike Myers on drums (member of VOG and the Standards), Terry Schwarz on lead and backing vocals (member of the Beatles tribute band the Day Trippers), Dave Didonato (veteran guitarist from many notable bands), and Glenn Jackson on assorted keyboards, harmonica and backing vocals (member of The JJ Swede band, Who’s your Daddy and not to mention, long-time Dentist to the Maynard community).

Together, they will lift your spirits and bring a smile to your face as you move your feet, shake your body and sing along. An evening with Westwood Junction has been described as “a blast from the past”, a “ veritable treat for the ears” and “ just a fabulous night out.” So come out and spend some time- you’ll be glad you did!