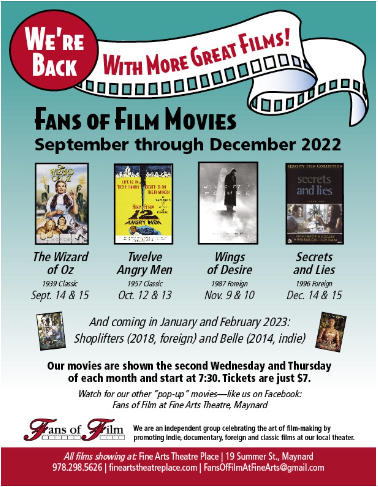 Belle is the 2013 indie film inspired by the true story of Dido Elizabeth Belle.  The film won 13 awards including a British Independent Film Award for Best Actress for Gugu Mbatha-Raw in the title role and the 2014 Palm Springs International Film Festival for Directors to Watch by Amma Asante.

Fans of Film is a group of local residents who collaborate with  our local theater to show films that are of interest outside of the usual first-run movies.  We show foreign, classic, documentary, art and independent films each 2nd Wednesday and Thursday of the month.