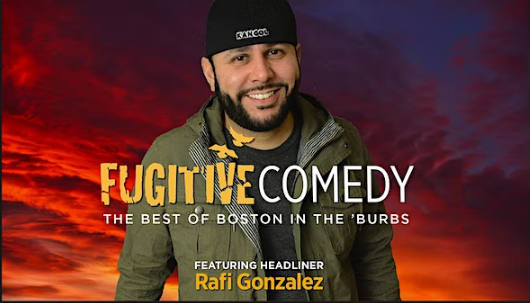 Four Comics, Featuring Headliner Rafi Gonzalez
Rafi is a stand-up comedian from Puerto Rico known for his conversational style and material that centers around his experiences with American culture. Originally finding success as the lead singer of a nationally touring rock band, Gonzalez switched gears in 2015 and exploded onto the New England and Boston comedy scenes. There has been no looking back. In 2021, he was filmed in San Antonio for HBO MAX as part of the Ha Comedy Festival. He opens regularly for actor/comedian Michael Rapaport, as well as comedian/author Phoebe Robinson. In 2020, Gonzalez gave a celebrated appearance on The History Hyenas podcast with Chris Distefano and Yannis Pappas.

Acme Improv Company – Back To School Scroll to top