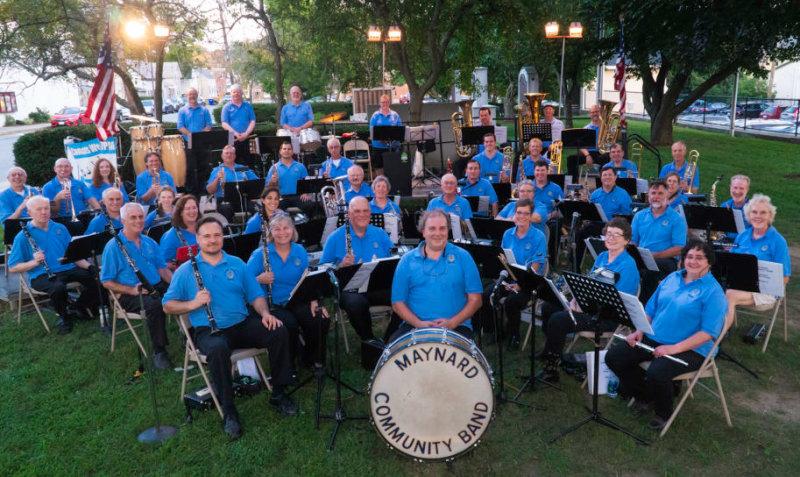 Through the years, the Band has continued to grow in numbers, attracting musicians from Maynard as well as surrounding communities with Mr. Michael Karpeichik conducting the Band since 2003.  Under Mr. Karpeichik’s leadership, the MCB now includes musicians from Maynard and surrounding towns as well as from Brighton, Medford, Billerica, Framingham, Lincoln and Lancaster just to name a few.