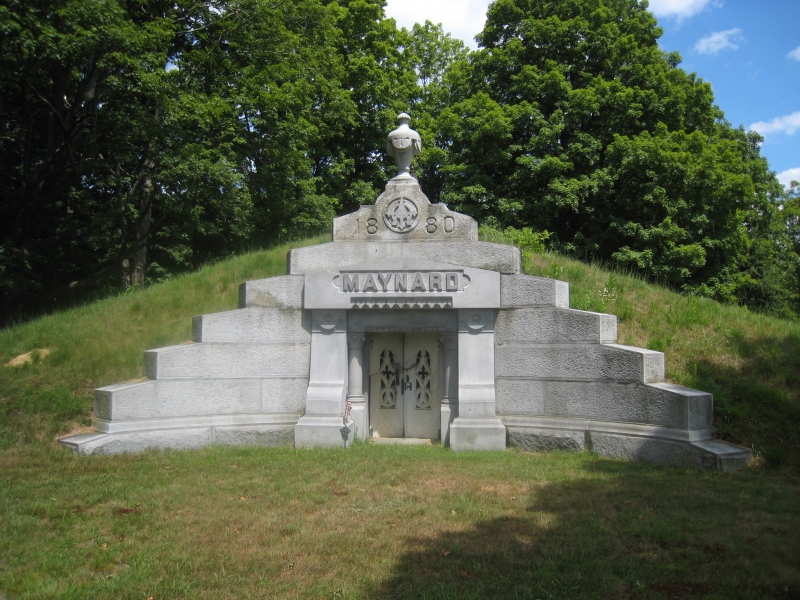 On October 19, at 7:00 p.m., the Maynard Public Library will present a Zoomed talk titled: “The Maynard Family.” Register (free) at https://www.maynardpubliclibrary.org/may150 . This is the ninth in a monthly series of history lectures produced by the Sesquicentennial Steering Committee as part of Maynard’s celebration of the 150th anniversary of its creation on April 19, 1871. The November talk will be “Trains, Trolleys, Buses and Cars.” A new history book “MAYNARD MASSACHUSETTS: A Brief History” is for sale for $21.99 at 6 Bridges Gallery, 77 Main Street, WED-SAT, 12-5.

Maynard author and historian David Mark will speak how the Maynard family came to build, own and operate a woolen mill in what was initially Assabet Village, later renamed Town of Maynard. Amory Maynard and his wife Mary (Priest) Maynard were both descendants of Puritan colonist families that had arrived circa 1630s. Amory was 16 years old when he inherited a mill in Marlborough from his father. He added a construction business. When the City of Boston bought his millpond in 1846, for a water supply, he partnered with William Knight to build a woolen mill. The ever-expanding mill was part-owned and operated by Amory, and then Lorenzo, his oldest son, until it went bankrupt in 1898 (bought and operated for an additional 52 years by the American Woolen Company). There are many living descendants, but none in Maynard.