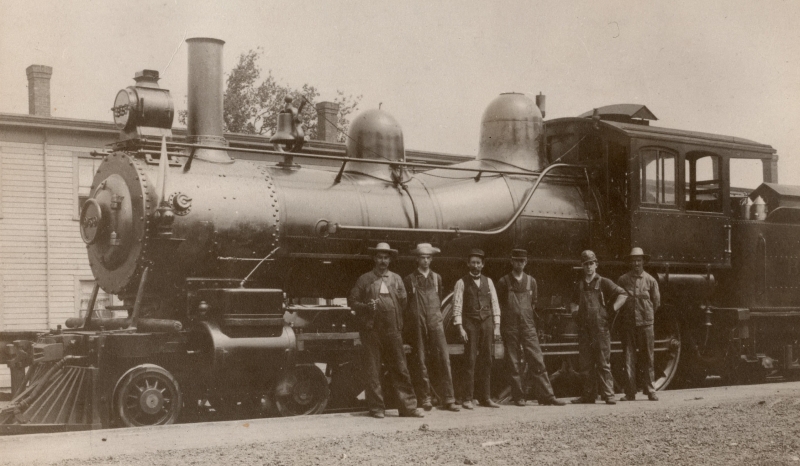 On November 23, at 7:00 p.m., the Maynard Public Library will present a Zoomed talk titled: “Trains, Trolleys, Buses and Cars.” Register (free) at https://www.maynardpubliclibrary.org/may150 . This is the tenth in a monthly series of history lectures produced by the Sesquicentennial Steering Committee as part of Maynard’s celebration of the 150th anniversary of its creation on April 19, 1871. The December will be “Food Cooperatives.” A new history book “MAYNARD MASSACHUSETTS: A Brief History” is for sale for $21.99 at 6 Bridges Gallery, 77 Main Street, WED-SAT, 12-5.

Maynard author and historian David Mark will speak about means of transportation used spanning Maynard’s 150-year history. That starts with horses, plus ‘shank’s mare’ (walking). Until the Congregational Church was built, church services were several miles away. The railroad arrived in 1850. Passenger service ended in 1958, freight not many years later. The Golden Age of bicycles spanned the 1890s. Electric-powered trolleys arrived in 1901; service connected Concord to Hudson, with a spur to the South Acton train station. The trolley era ended in 1923. Lovell Bus Lines, founded by John Lovell in 1923, operated until 1972. And then, cars!! The first, 1899, was a Stanley Steamer, owned by Dr. Frank Rich. By 1910 there were two car dealers in town, repair shops, gas stations, car rental businesses, attempts to control speeding, and the first reported accident. Lastly, from 1948 to 2016, Sidney Mason and then his son Jack operated “Sid’s Airport” out of their backyard, on Summer Street.