Maynard is a thriving, active, creative community. We are home to over 10,000 residents, a river, a mill, a Cultural District and a wildlife refuge, all within a 5-mile perimeter. The town is 45 minutes west of Boston, in Metro West. Maynard’s downtown features ethnic restaurants, galleries, movie houses, music and theater venues, and a large art colony, giving the mill town an urban feel. The spirit is entrepreneurial with a diverse population of big city ex-pats, new families, retirees, and an active LGBTQ community.

Maynard came of age during the Industrial Revolution and had a unique, compact and walkable town center clustered around its iconic Mill founded in 1871, now called Mill & Main, a mixed-use office park. While the textile mill thrived by providing wool fabric for uniforms during the civil war, it declined at the beginning of this century. Digital Equipment Corporation (DEC) signed the lease in 1951, marking the beginning of the computer age on the east coast in an old mill town called Maynard. DEC was known for its entrepreneurial management style and set the stage for developing the personal computer, workstations and mainframes in the mid-1980s. At its height, the company had 11 billion in revenue and over 120,000 employees. It employed more than half the residents in Maynard, so manufacturing, coding and programming became an ordinary skill set within the working-class population.

Not a farm town nor historically precious, Maynard is a blue-collar mill town that prefers funkiness over fastidiousness—making mainframes and music. It was a music mecca in the 1970s with bars, performance venues and recording studios. Still today, computer programmers live next to musicians and micro brewers. Likewise, Hollywood movies have found the town receptive and easy as a film location. For example, the famous car chase with Daniel Craig in “Knives Out” was filmed in our compact triangle of our Cultural District. This lack of historical preservation allows the town to engage in creative play and embrace cultural diversity.

It’s easy to spend a day in Maynard’s downtown Cultural District. Enjoy a film at the restored Fine Arts Theatre Place and choose between the diverse flavors of our many ethnic restaurants and cafes. Later take in live music or comedy at a repurposed church called Sanctuary. Visitors can explore the eclectic collection of vintage shops, art galleries and a comic book store and walk the aisles of the legendary Maynard Outdoor Store. Additionally, the town has ArtSpace, a repurposed school that houses more than 80 artists in 43 studios, holds monthly exhibits and houses the “Acme Theater Company, ” a local community theater organization.

A large corner of Maynard is part of 2000-acre freshwater wetlands and a forest of Oak and Pine known as the Assabet Wildlife Refuge and home to thousands of migratory birds. Some ways to explore this wilderness are hiking, fishing, biking and skiing. The Assabet River Rail Trail is closer to downtown and offers paved biking and hiking 12.5 miles of trail through woods and towns. The Rail Trail starts in Marlborough, Hudson, Stow, and Maynard and ends in South Acton. Your last stop out of town is a must; the legendary Erikson’s Ice Cream stand. Since 1937 three generations have been winning awards for their fantastic ice cream. 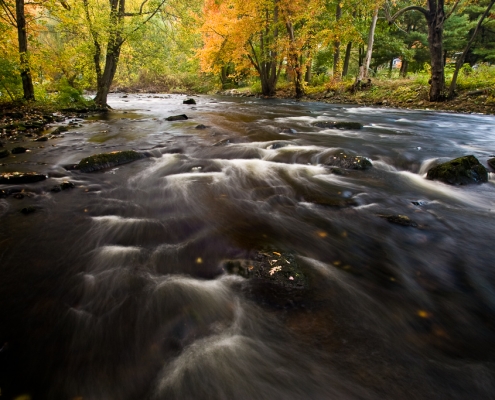 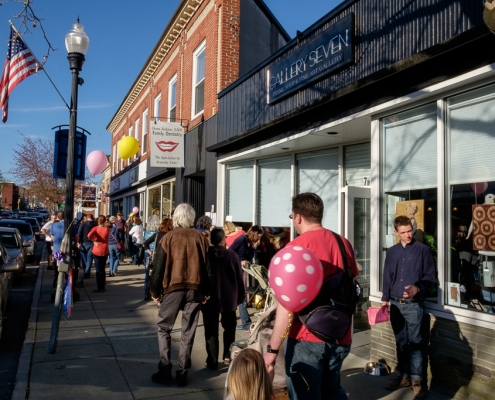